Pax 4 Vaporizer has been a hot topic these days! Pax fans can’t wait to have this amazing model. The Pax series has been well known for the quality of the vaporizers that it produces.

Pax 3 Vaporizer was the latest model introduced by the production team. It is well-known for the quality of vapors and the sleek and stylish design like the previous models.

Since there is a variety of products available in the market, at times, people find it confusing to choose the most suitable vaporizers for themselves.

Apart from all the goodness, customers are demanding a better model than Pax 3. So, we expect that this is the best time to introduce another member of the Pax family i.e. Pax 4. 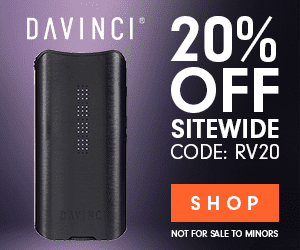 The answer can only be answered by the company itself.  The company has not made the release day public.  Even the design and features are kept secret but we sense a newer product coming out sooner or later.

Pax received an investment of 420 million dollars in April 2019.  The CEO Bharat Vasan told the media that the management is planning to channel its efforts toward the newer products and markets.

The gap between the release of Pax 2 and 3 was shy over one year. Considering this, the upgrade is around the corner and nearer than what we are expecting. I hope the new Pax 4 will be released before 10 October 2022.

Moreover, competitors are continuously developing newer models. This factor is surely playing a part as well.

Solely believing in the investment and competitive pressure is not enough for us to speculate on the release day, so it is better to wait for an official statement from Pax.

The Pax 3 vaporizer was very efficient and cost-beneficial but there were some deficiencies. The company might work on any of these deficiencies to make smoking a lot more convenient and fun than before.

The heating system can be improved. The users often demand that manufacturers introduce convectional heating in the latest models.

The company might listen to the demands and incorporate the convection function in the new Pax 4 vaporizer. Another feature that requires improvement is the temperature range and automatic presets.

The Pax 4 could contain a wider temperature range than the previous models. The research team can also come up with a better-preset setting that would provide better user support.

Which Pax 4 Feature Would Prevail?

Loyal customers would know that Pax 2 and Pax 3 had very little difference in their structure. The company will surely continue with the same design while manufacturing Pax 4. The design is catchy, looks sexier, and glows like a star.

The portability factor is expected to be kept the same. Moreover, the duration of operation did improve a lot in Pax 3, so the company will invest in more value-adding features than the already improved battery life.

Pax 4 vaporizer is already hyped by the people who were using the previous models. It is expected that the company would communicate a detailed feature video on the newer model but the changes are already anticipated.

There were some flaws that the company can work on to satisfy the ever-demanding and critical customers. Eventually, Pax 4 will be as stylish, portable, durable, and convenient as Pax 3.