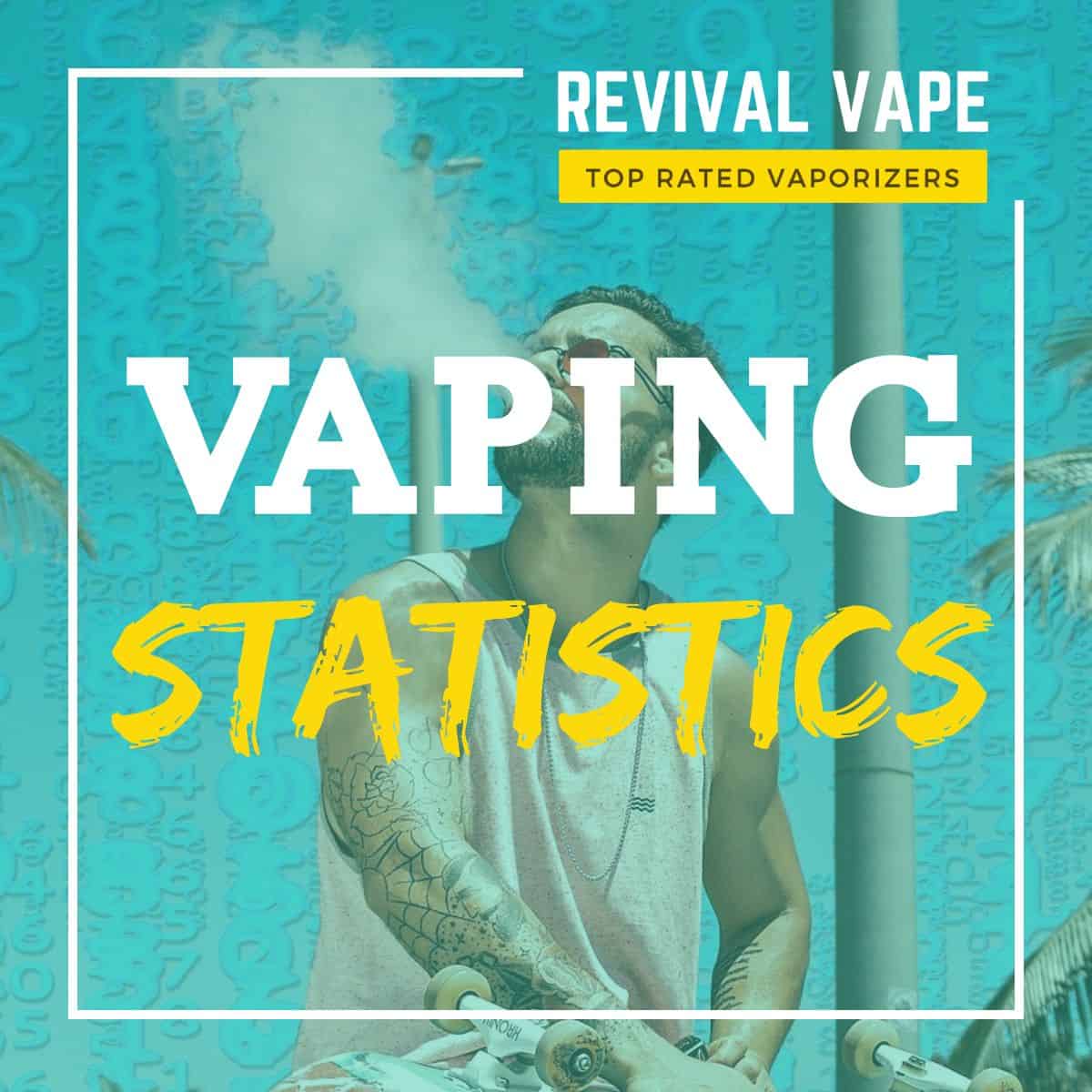 The trend was stagnant since 2011 when vaporizers (electronic cigarettes) caught the world by storm.

There has been a considerable increase in the number of smokers, which lead the lawmakers to narrow their attention to the vaporizer industry.

It is assumed that the main reasons behind e-cigarettes being popular among youth are product design and compelling flavors.

The National Youth Tobacco Survey was performed at the schools between January 16th and March 16th, 2020. Various data were collected from the population, and analysis was made accordingly.

What Percent of High Schoolers Vape/Smoke?

Among the students who smoked, 38.6% of high school students consumed e-cigarettes for more than 20 days in a total of 30 days. 20% of middle school students followed the same trend this year.

When it comes to smoking cigarettes daily, high schoolers reached an increased 22.5% while middle schoolers sat at 9.4%. Now switching to the taste of users, about 82.9% of the students smoked flavored vapes.

Among these, you would find 84.7% high school students, while middle schoolers made a number of 73.9%.  In other words, 2.5 million and 0.4 million flavored vape smokers belonged to high school and middle school, respectively. Let’s hope the next vaping statistics will bring good news to the community.

Also Read: How long does wax pen stay in your urine?

Flavors have been the best thing that has happened to the tobacco industries. The popularity of flavored vapes is not unknown to many, but the real question arises about the most popular ones used by the consumers.

According to the survey, about 73.1% of people preferred smoking fruit flavors, which are approximately 1.8 million. 55.8% of smokers like vaping the mint flavor (roundabout 1.4 million).

The menthol flavor is the next most popular flavor because 37% of users confirmed using smoking it. It makes a total of 0.9 million smokers.  All the other flavors together make an estimated 36.4%. All these stats belonged to high schoolers.

After knowing the numbers of smokers at both the high and middle schools & studying the flavors in detail, let’s jump into the usage details of smokers’ various smoking devices.

The most frequently used device has been prefilled pods scoring a solid 48.5% (nearly 1.5 million).

Disposables are the next most popular devices in the community, where you would see 26.5% of people using them (790k individuals). Tanks are the last with 14.8%, i.e., 440k to be more precise.

The high schoolers’ trend has been a very orthodox one, but middle schoolers follow the same trend with a slight variance. Prefilled pods, tanks, and disposables scored a percentage usage of 41.3%, 21.5%, and 15.2%, with the numbers being 220k, 110k, and 80k, respectively.

The prefilled pods and disposable has always been popular among the customers, and these trends have compelled us to link it with the best flavors in the market. Starting with the prefilled pods, about 66% of the total smokers vaped the fruit flavor.

Mint and menthol have been at the second and third spots (as expected) with a usage percentage of 57.5% and 44.5%, respectively. All the other flavors had an approximate usage of 35.6%.

Now coming to the disposables, the most prominent flavor has been fruit with a percentage of 82.7%. Mint secured the second spot after settling for 51.9%. Other flavors and menthol flavors were next on the list, with the usage of 41.7% and 23.3%, respectively.

It is estimated that there is 1 out of 5 chance to find an active smoker in high school in the USA, which makes the possibility 20%.

On the other hand, you would see one out of a 20 chance to come across a smoker in the middle school (a probability of 5%).

You might be shocked to see a decline in the total number of active smokers, but the story is not as happy as it might look. Still, there are 3.6 million students who currently smoke e-cigarettes. We hope that schools vaping statistics 2021 – 2022 will bring good news to the community.

One of the most dramatic changes in the e-cigarette stats from the previous years has been a 1000% increase in the use of disposables. Yes, you have read it right.

There was a 2.4% usage in 2019, which has increased to a surprising number of 26.5%. This increase is measured for the high schools only.

When you discuss middle schools, there has been an increase in the disposals by a solid amount of 400%.